You never know when you are going to experience a family emergency that’s why they call them emergencies. Unfortunately I experienced a situation the day before heading to Blue Mountain Bike Park in Palmerton, PA for the Eastern States Cup Enduro.
I won’t get into the details but everything is much better now after some quick action by everyone involved. This event rattled me a bit, mountain bike racing was the last thing on my mind and I was thinking of skipping the race. At the urging of Susan (my wife), I wound up going just to clear my mind and see some new and old friends.

Up and out the door by 5:30am I made the 2+ hour drive to Blue Mountain by 8am. I needed to register and try to get at least two runs down the mountain before race time to get the feeling of gravity back in me. I live in a relatively flat area so I don’t get to point the bike downhill too often. 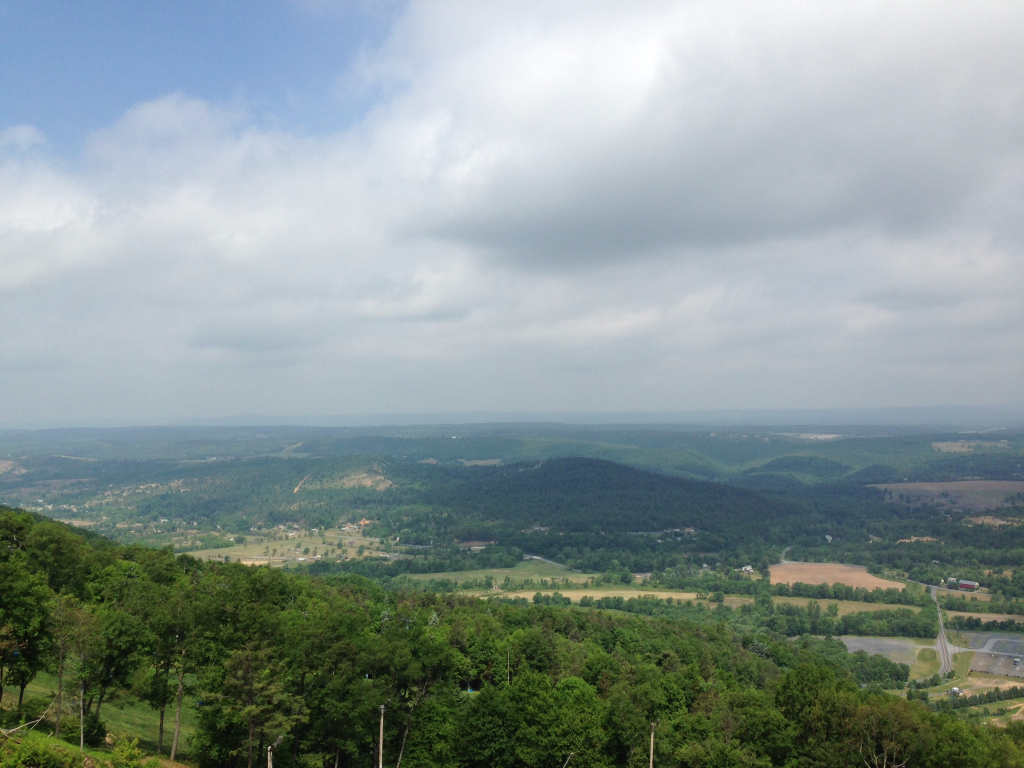 I love riding at Blue Mountain, there are so many challenges presented on all the trails. They have a great variety of machine-made flow trail, wooden features along with plenty of roots and rocks.
I was really looking forward to this one as it was an enduro that tested your skills at high-speed. We’d be racing on 5 stages that use blue and black diamond trails at Blue Mountain Bike Park. What we wound up with was loose rock and blown out trails to make things a bit more interesting on race day. 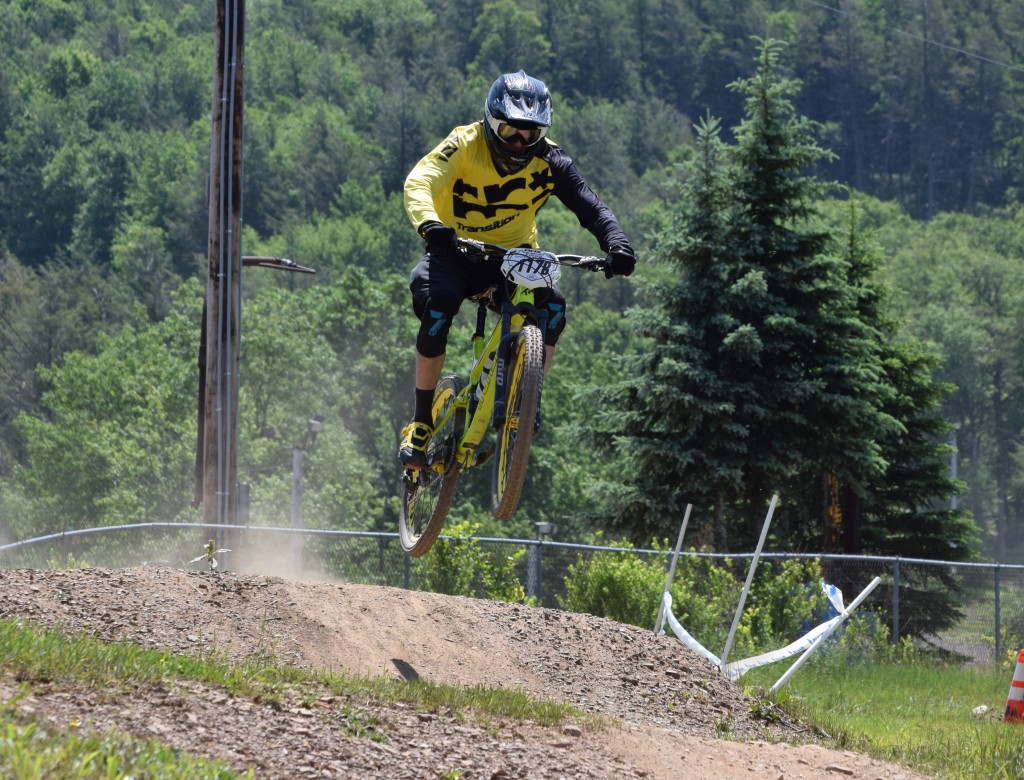 For my race runs I was on the brakes way too much the first two stages and never really felt comfortable. It wasn’t until after the transfer climb between stages 2 & 3 that I started to loosen up a little. I still wasn’t riding on the edge but I was OK with that, I had fun riding and seeing everyone. 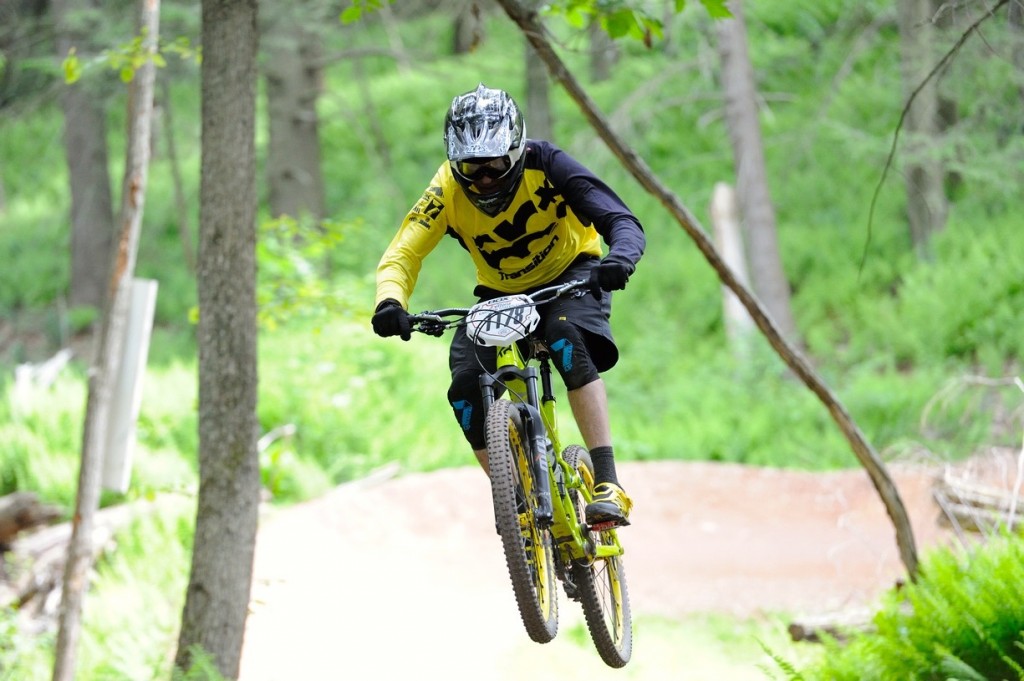 The event wound up selling out (165 racers) which was great. I love to see the Enduro scene grow here on the east coast. George Ulmer and Steve Battaglini do a great job with the Eastern States Cup events! Chuck Tackacs and his trail crew did a great job laying out long stages that kept you on your toes.

Congratulations to my friend Dane Clay, he is and was fast on this day for our category! Not to take anything away from his effort, I wasn’t in the right mindset for racing to give him a run for the money. I wound up in third place against some stiff competition so I’ll take it given the circumstances. 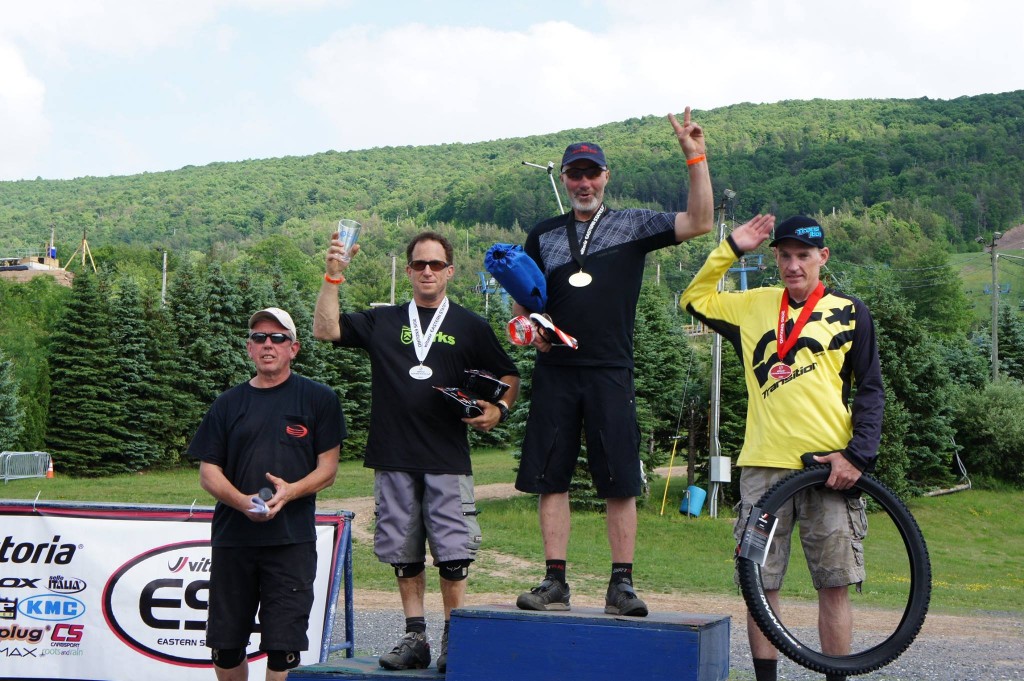 I had NO mechanical issues with my bike at all. There were plenty of riders with flats on race day as Blue Mt. is known to wreck havoc on tires but my Mavic Crossmax tires held up to the test. The Transition Bikes Scout handled the rough terrain just fine as well! I’m really surprised at what this bike can handle. With only 125mm (4.9″) of travel in the rear you’d think you’d be limited but my Scout had no problems with the rough terrain and drops.

It was interesting to ride the MRP Stage fork (150mm) at this mountain, the terrain was the perfect test for its performance. I was really pleased at how my front wheel tracked through everything. I wound up with the right compression and ramp settings to keep the front wheel tracking consistently.

This site uses Akismet to reduce spam. Learn how your comment data is processed.

Tonight’s moment of zen. After scouting some pot

Rainy day today means that I head to the ice rink

Another 5 hours of trail work today with Julie, th

I had another solid day of trail work this weekend

Along the way, Galby views. Today was alright! #al

I got some practice in felling in a stand of Alder

Throwing it back to sharing secret salsa recipes!

We had another solid day of trail repairs on Brown

Along the way, Bellingham views. Yesterday I got o

Throwing it back to September when things were war

Along the way, Brown Pow trail. My trail work bu

After more than a few days of cold, cloudy and rai

Getting in laps while the trails are messy. #iceSk